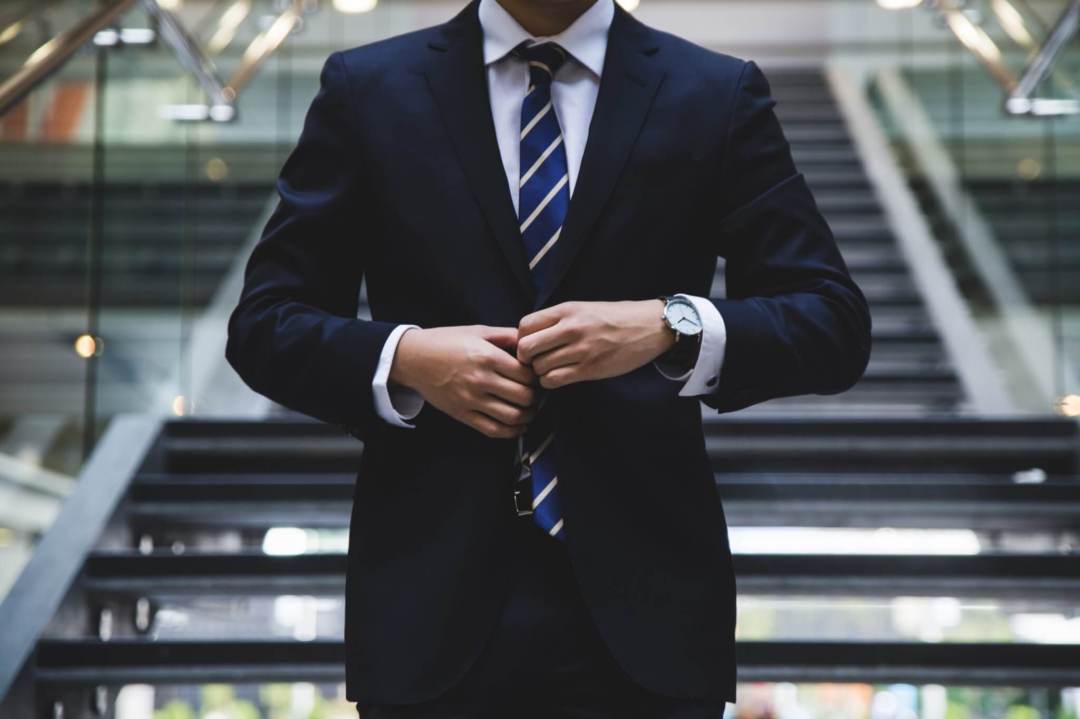 With my freelance digital marketing services I’ve been able to help many companies improve their key performance metrics. Here, you’ll find a selection of my work. Take a look at some of the results I’ve delivered.  To remain confidential, I am not using any company names. 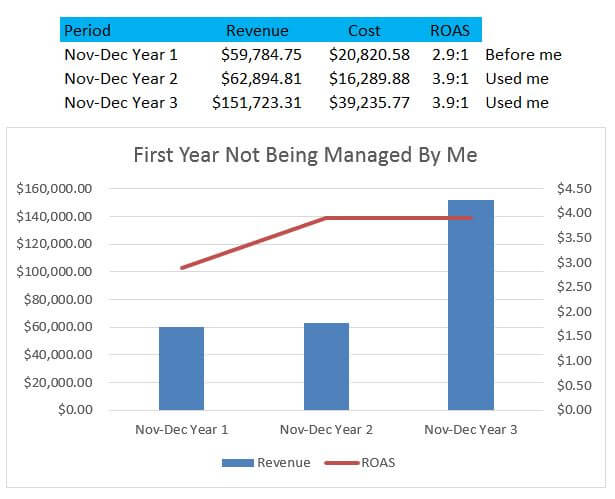 Challenge
Client was unhappy with previous expert’s performance and felt the Return On Ad Spend (ROAS) was too low.

Solution
The account data was always being collected in their analytics account, I just analyzed and optimized accordingly. Additionally, by analyzing which countries were generating revenue organically I recommended expanding to those countries in the 2nd year working with me.  Lastly, we were able to test and optimize many display targeting methods in Google Display Network (GDN).

Results
After proving I could get same revenue more efficiently during my first holiday period working with them, I was able to scale performance and nearly tripled revenue in my second year with them. ROAS increased from about $3 per $1 spent before me, to about $4 per $1 spent.

Google ads help for a large B2B client wanting to optimize performance after their account was on autopilot because their in-house expert left the company.

Challenge
Cost per lead was very high, and client was not hitting lead goals. Lead source was proprietary and intentionally not set up with Google.

Solution
An audit was performed and lead source raw data was analyzed. There was too much spend on queries that were not the right intent. Additionally, the tracking code on the final urls was not specific enough to create more specific optimization suggestions. A very large list of negatives were added to remove wrong intent paid clicks and more detailed tracking code was added to the final urls. Client provided raw data daily to be merged and analyzed for further optimization.

Results
In the first month, leads more almost tripled the highest lead volume of previous 3 months. Cost/lead immediately dropped 84%. With continued optimization, during the last month the cost/lead decrease another 67% vs the first month using me. 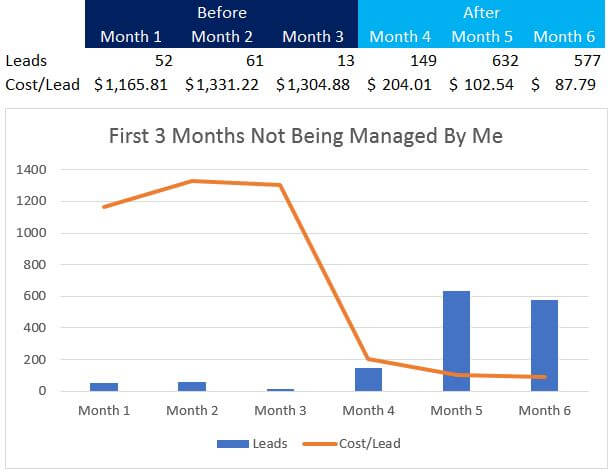 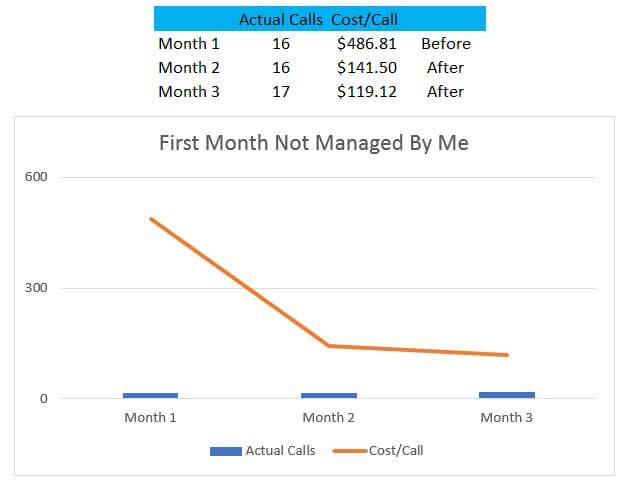 Social, Search and Analytics support for a business in a very competive industry that highly values phone calls.

Challenge
Client was unhappy with their in-house digital marketing support and was unsure if their $8k monthly media spend was resulting in increased call volume.

Solution
The Google Analytics account was audited, call tracking was implemented and tracking codes were appended in Facebook and Bing. Also, cost data was imported into analytics to make reporting easier.

Results
The changes revealed that the Google Analytics event goal for a phone call was grossly over reporting the number of phone calls that they were evaluating their performance against. The new call tracking goal showed that biggest discrepancy was with Facebook ads, over reporting by 90%. As a result, overall media spend was able to be reduced by 75%, while maintaining the same amount of calls. Ultimately the client was discouraged by the low call volume, but was thrilled to save at least $5k per month. Also, the more accurate call reporting allowed them to experiment more with a variety of ad units and boosted posts in Facebook with more confidence.